The Flipside of Love 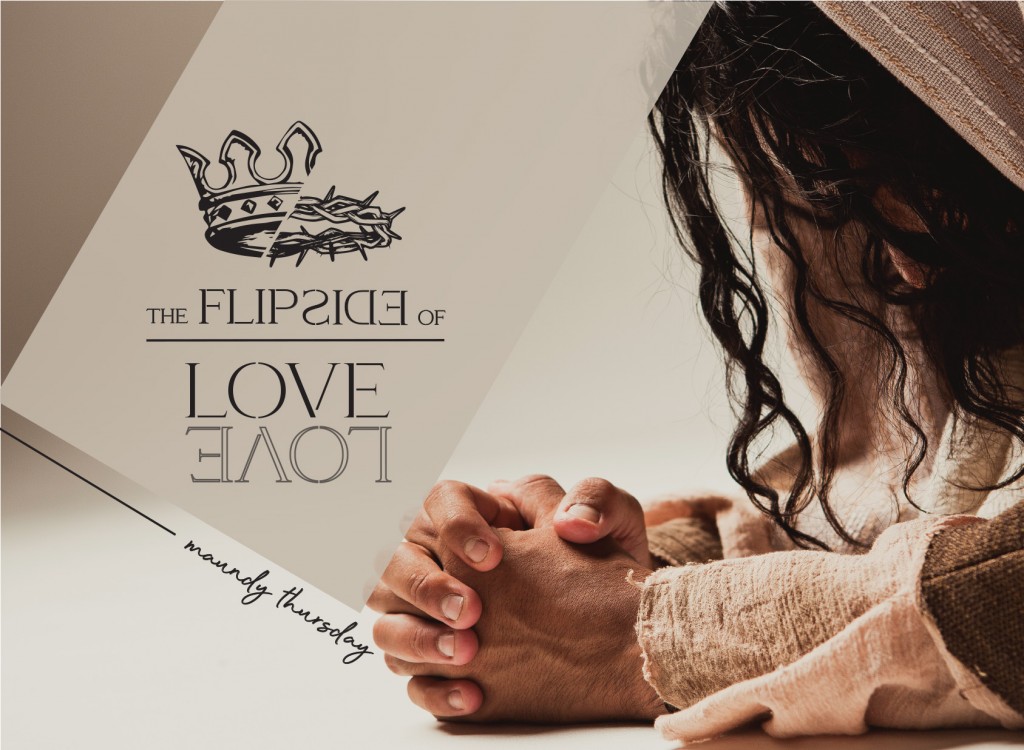 Betrayal...it's what we see as the Flipside of love. It's a word that burns deep. You don’t expect to get undercut, undermined, blindsided or betrayed by someone you trust. Someone you love. It’s cruel. It wounds. “On the night he was betrayed…” God in the flesh, was betrayed at the hands of one of his closest companions. Jesus was not only sold out by one who was supposed to support him and stand up for him, but abandoned and denied by those who knew him intimately. Jesus knows who. He knows when. He knows why. In a different time, different place, or under different circumstances, it could be anyone who has been handed the bread of Jesus’ life. That includes you and me. But for Jesus, the flipside of love is not betrayal, but something far stronger, that gives all those who betray, abandon and deny, a place at his table.  It's called grace.  And that's what we receive again this day.

#2 in series: The Flipside of Easter

12 On the first day of the Festival of Unleavened Bread, when it was customary to sacrifice the Passover lamb,

Jesus’ disciples asked him, “Where do you want us to go and make preparations for you to eat the Passover?”

13 So he sent two of his disciples, telling them, “Go into the city, and a man carrying a jar of water will meet you. Follow him. 14 Say to the owner of the house he enters, ‘The Teacher asks: Where is my guest room, where I may eat the Passover with my disciples?’ 15 He will show you a large room upstairs, furnished and ready. Make preparations for us there.”

16 The disciples left, went into the city and found things just as Jesus had told them. So they prepared the Passover.

17 When evening came, Jesus arrived with the Twelve. 18 While they were reclining at the table eating, he said, “Truly I tell you, one of you will betray me—one who is eating with me.”

19 They were saddened, and one by one they said to him, “Surely you don’t mean me?”

20 “It is one of the Twelve,” he replied, “one who dips bread into the bowl with me. 21 The Son of Man will go just as it is written about him. But woe to that man who betrays the Son of Man! It would be better for him if he had not been born.”

22 While they were eating, Jesus took bread, and when he had given thanks, he broke it and gave it to his disciples, saying, “Take it; this is my body.”

23 Then he took a cup, and when he had given thanks, he gave it to them, and they all drank from it.

24 “This is my blood of the[c] covenant, which is poured out for many,” he said to them. 25 “Truly I tell you, I will not drink again from the fruit of the vine until that day when I drink it new in the kingdom of God.”

26 When they had sung a hymn, they went out to the Mount of Olives.

This is the Gospel of the Lord.   Praise be to you, O Christ.

“‘I will strike the shepherd,

and the sheep will be scattered.’[d]

28 But after I have risen, I will go ahead of you into Galilee.”

30 “Truly I tell you,” Jesus answered, “today—yes, tonight—before the rooster crows twice[e] you yourself will disown me three times.”

31 But Peter insisted emphatically, “Even if I have to die with you, I will never disown you.” And all the others said the same.

32 They went to a place called Gethsemane, and Jesus said to his disciples, “Sit here while I pray.” 33 He took Peter, James and John along with him, and he began to be deeply distressed and troubled. 34 “My soul is overwhelmed with sorrow to the point of death,” he said to them. “Stay here and keep watch.”

35 Going a little farther, he fell to the ground and prayed that if possible the hour might pass from him. 36 “Abba,[f]Father,” he said, “everything is possible for you. Take this cup from me. Yet not what I will, but what you will.”

37 Then he returned to his disciples and found them sleeping. “Simon,” he said to Peter, “are you asleep? Couldn’t you keep watch for one hour? 38 Watch and pray so that you will not fall into temptation. The spirit is willing, but the flesh is weak.”

39 Once more he went away and prayed the same thing. 40 When he came back, he again found them sleeping, because their eyes were heavy. They did not know what to say to him.

41 Returning the third time, he said to them, “Are you still sleeping and resting? Enough! The hour has come. Look, the Son of Man is delivered into the hands of sinners. 42 Rise! Let us go! Here comes my betrayer!”

More from 'The Flipside of Easter'

The Flipside of Life

Out of battery – No more memory – We can’t afford it – I don’t have time…Much of contemporary life is defined by limits…by scarcity…by what we don’t have. We say “Enjoy it while it lasts”, knowing that all good things come to an end. So we sleep. We eat. We work and we repeat the cycle over and over again. But getting by, treading water until we no longer can, merely existing is not the life we were created for, redeemed for, and raised for. Easter Sunday tells us that there is more life than we can ever imagine. The heart of Easter is not about an empty tomb, but about the fullness of life the risen Christ gives, guarantees, and make come alive in us. Christ is raised not just from the dead, he is raised to life so we can be alive with the fullness of his life. So today we experience the flipside of life…life in abundance that overflows with unbounded joy, unlimited hope, & unending love. It’s a gift that you receive today, tomorrow, and the next day after…all because Christ is risen from the dead.

#4 in series: The Flipside of Easter

The Flipside of Death

Death. It's the inevitable that we want to avoid. From anti-aging creams to efforts to download a person’s brain so he or she can continue to live virtually, to cryonics, the practice of freezing and storing bodies or body parts in the hope that future scientists will thaw them and bring them back to life. We are obsessed with health fads like activity trackers and crash diets. We love the idea of a pill that will extend our vitality. Many are waiting in anticipation for the vaccination to be rolled out as a protection against death by virus, so life can resume more normally. For the flipside of death is life...and that is a far more compelling option. But there's a problem. For no matter what medical advances are made, no matter how much we try to avoid it, death comes…to hopes…to dreams...to plans…to relationships…to families...to you. But Good Friday reveals the true flipside of death. That hope is reborn. Dreaming is possible. Plans can be made. Relationships are restored. Hearts are renewed. Love wins and eternal life is real. All because the flipside of Jesus' death is life to all who receive it, believe it and live in it.

#3 in series: The Flipside of Easter

The Flipside of Power

The impact of power. It's been plastered over our television screens over recent weeks. The raw and destructive power of storms, winds, and floods, sweeping up and destroying everything in its path. The abusive and coercive use of power in workplaces and institutions. The violent and corruptive use of power by government and military groups globally. Human nature finds power unavoidably addictive and more often than not, its impact leaves nations and lives broken, torn apart, and destroyed. But when Jesus enters Jerusalem to the shouts and accolades of the crowds we witness and experience the “flipside” of power…power that restores, rebuilds, forgives, heals and blesses. Jesus didn’t grasp for power; he challenged the powerful, the privileged & the proud so that all people could receive the power and presence of God. He flips our world until it is right…in relationship with the Father…responsive to his love…embraced in his death & rejoicing in his life.

#1 in Holy Week Series: The Flipside of Easter