From Bitterness to Blessing Part 2 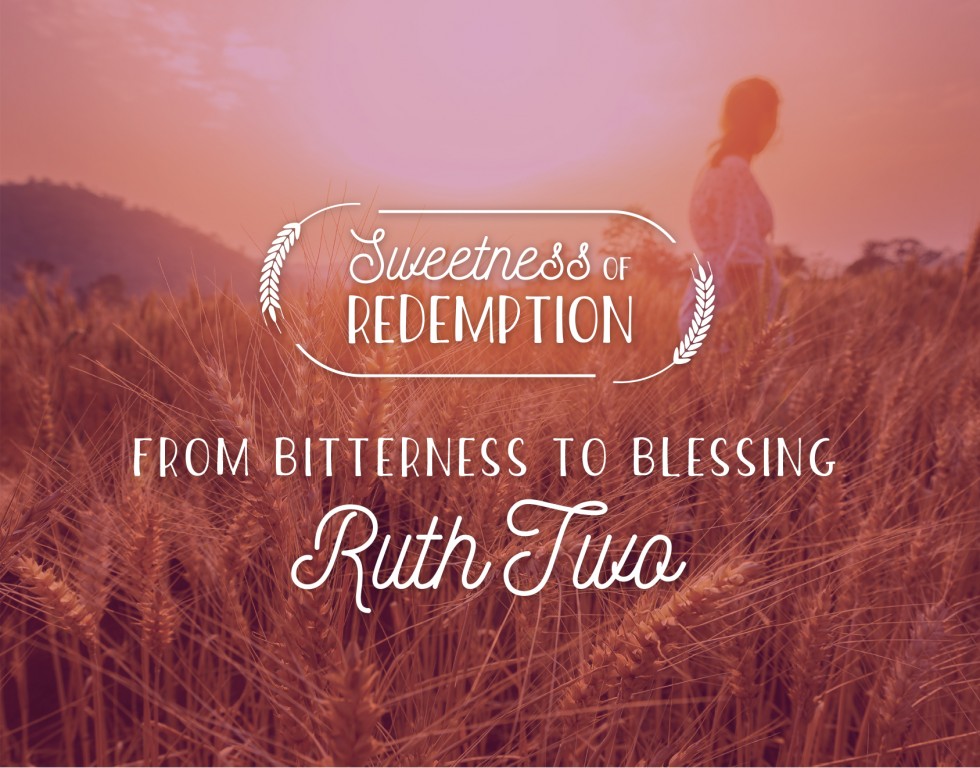 Filthy Rich & Homeless – it’s a televised social experiment where some wealthy people give up their luxury cars, expensive clothes and big safe secure mansions to live for 10 days among the homeless. While it opens eyes/hearts/wallets on behalf of the homeless among us; for the well-heeled “reality” participants, it’s a short-term gig. They eventually go back to where they came from…high-paying work, expansive lifestyles, filthy rich & privileged. But for Ruth & Naomi, there was no such luxury. Every day was a new risk. Every day was a struggle to find food, shelter, and safety. Every day their future was a wager between life and death. But every day was also a new opportunity in God’s grace. That’s what we’ll discover today – an extravagant kindness shown to us in the most desperate times that brings fullness from our desolation and blessing from our bitterness

#2 in series: The Sweetness of Redemption

Join the Chat group at 10.30am Sunday here

“Why have I found such favour in your eyes that you notice me—a foreigner?” Ruth 2:10

Grace is restorative. Every act of grace in community, brings people to an awareness and experience of the blessing of God.

Now Naomi had a relative on her husband’s side, a man of standing from the clan of Elimelek, whose name was Boaz.

2 And Ruth the Moabite said to Naomi, “Let me go to the fields and pick up the leftover grain behind anyone in whose eyes I find favour.”

Naomi said to her, “Go ahead, my daughter.” 3 So she went out, entered a field and began to glean behind the harvesters. As it turned out, she was working in a field belonging to Boaz, who was from the clan of Elimelek.

4 Just then Boaz arrived from Bethlehem and greeted the harvesters, “The Lord be with you!”

“The Lord bless you!” they answered.

5 Boaz asked the overseer of his harvesters, “Who does that young woman belong to?”

6 The overseer replied, “She is the Moabite who came back from Moab with Naomi. 7 She said, ‘Please let me glean and gather among the sheaves behind the harvesters.’ She came into the field and has remained here from morning till now, except for a short rest in the shelter.”

8 So Boaz said to Ruth, “My daughter, listen to me. Don’t go and glean in another field and don’t go away from here. Stay here with the women who work for me. 9 Watch the field where the men are harvesting, and follow along after the women. I have told the men not to lay a hand on you. And whenever you are thirsty, go and get a drink from the water jars the men have filled.”

10 At this, she bowed down with her face to the ground. She asked him, “Why have I found such favor in your eyes that you notice me—a foreigner?”

11 Boaz replied, “I’ve been told all about what you have done for your mother-in-law since the death of your husband—how you left your father and mother and your homeland and came to live with a people you did not know before.12 May the Lord repay you for what you have done. May you be richly rewarded by the Lord, the God of Israel, under whose wings you have come to take refuge.”

13 “May I continue to find favour in your eyes, my lord,” she said. “You have put me at ease by speaking kindly to your servant—though I do not have the standing of one of your servants.”

14 At mealtime Boaz said to her, “Come over here. Have some bread and dip it in the wine vinegar.”

When she sat down with the harvesters, he offered her some roasted grain. She ate all she wanted and had some left over. 15 As she got up to glean, Boaz gave orders to his men, “Let her gather among the sheaves and don’t reprimand her. 16 Even pull out some stalks for her from the bundles and leave them for her to pick up, and don’t rebuke her.”

17 So Ruth gleaned in the field until evening. Then she threshed the barley she had gathered, and it amounted to about an ephah. 18 She carried it back to town, and her mother-in-law saw how much she had gathered. Ruth also brought out and gave her what she had left over after she had eaten enough.

19 Her mother-in-law asked her, “Where did you glean today? Where did you work? Blessed be the man who took notice of you!”

Then Ruth told her mother-in-law about the one at whose place she had been working. “The name of the man I worked with today is Boaz,” she said.

20 “The Lord bless him!” Naomi said to her daughter-in-law. “He has not stopped showing his kindness to the living and the dead.” She added, “That man is our close relative; he is one of our guardian-redeemers.”

21 Then Ruth the Moabite said, “He even said to me, ‘Stay with my workers until they finish harvesting all my grain.’”

22 Naomi said to Ruth her daughter-in-law, “It will be good for you, my daughter, to go with the women who work for him, because in someone else’s field you might be harmed.”

23 So Ruth stayed close to the women of Boaz to glean until the barley and wheat harvests were finished. And she lived with her mother-in-law.

More from 'The Sweetness of Redemption'

From Bitterness to Blessing Part 4

'There's a plan in everything, and I love it when a plan comes together.' So said Colonel John “Hannibal” Smith, a fictional television and movie character in the 'A Team'. Throughout the book of Ruth, a rescue mission has been underway, Lives were at risk. Names will be lost. But God was putting together a local rescue effort that would be crucial in his global rescue operation to save the world he loves. We'll explore that today as we conclude the story of Ruth and see God bring blessing from bitterness and fulfilment from emptiness; it's a story of loving kindness that is repeated in your life and then continues through you.

“Praise be to the Lord, who this day has not left you without a guardian-redeemer. Ruth 4:14a

It takes a child to renew a life, to open the future and join past and future together to make sense of the present. That child is Jesus and he alone can transform bitterness to blessing and emptiness to fulfilment in your life. He invites you to be part of his Kingdom plan coming together for the world, to reclaim and bring blessing to every lost, bitter and empty life.

1. How might God be using you to rescue and bring his redeeming grace to others?

From Bitterness to Blessing Part 3

“Swipe right.” In the code language of dating apps, that means “I’m interested!” or “I approve”. It’s the preferred mode of putting yourself out there for many Australians wanting to look for a partner, a relationship, fulfilment in life. It requires vulnerability, an openness to the future and hopefulness rather than despair. There’s a whole lot of swiping right in Ruth 3 as we see the mood change, hopefulness return, and the willingness to be vulnerable in order to receive the greatest promise and blessing of all - Redemption; a new beginning and a new future. We’ll experience that same ‘Sweetness of Redemption” today!

#3 in series: The Sweetness of Redemption - From Bitterness to Blessing

Jesus is willing to redeem, protect and clothe with righteousness all who are willing to lay their lives at his feet.

1. In your current circumstances, in what part of your life has God been teaching you to risk more?

From Bitterness to Blessing Part 1

Sometimes every hope is destroyed, every dream shattered and every plan is crushed. Sometimes life goes to ruin in an instant. Sometimes we walk away from the very blessings before us. But in those moments when you wonder if God has forgotten you or even intentionally stepped on your heart, God has not left you to crumble on your own. He is still holding you, leading you, working in you for his glory. In the very worst of times, we discover the mystery of God’s mercy at work to bring fullness from our desolation and blessing from our bitterness. We’ll explore that together and over the next 4 weeks as we experience the ‘Sweetness of Redemption’ from the book of Ruth as God leads us from Bitterness to Blessing.

Part 1 of series in the Book of Ruth: Sweetness of Redemption

Ruth replied, “Don’t urge me to leave you or to turn back from you. Where you go I will go, and where you stay I will stay. Your people will be my people and your God my God. Ruth 1:16

Even in the midst of dark, difficult, and chaotic times, God is with us; working behind the scenes in the lives of his people to bring redemption, blessing and joy.